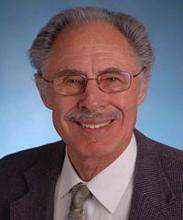 and professor of UCSF Urology, on how PSA screening has affected prostate cancer specific mortality rates.

Alpert’s accomplishments over the last 4 decades are numerous.  He came to San Rafael in 1974 after completing a urology residency at UCSF, and then completing a 2-year military obligation in Southern California where he was a staff urologist and chief of pediatric urology.  Alpert was the first urologist at the Kaiser Permanente Medical Center in San Rafael back when the new hospital was under construction, seeing patients in rented clinic space and doing surgery in San Francisco.  By 1977 the practice was large enough to add a second urologist, Tony Eason and then Gary Nicolaisen, in 1985.

The three practiced together in an era when there was no sub-specialization. In addition to the usual open stone surgery, nephrectomies, prostatectomies, cystectomies, scrotal and testicular surgery, trauma, and urethral reconstruction, Alpert performed pediatric urology, operating on everything from hypospadius, UPJ obstruction, horseshoe kidneys with obstructed ureters, vesicoureteral reflux, congenital megaureters, a small series of Wilm’s Tumors, and even a rhabdomyosarcoma of the bladder in a 3yo, who has since graduated from college.

In 1977, he officially became a partner in the medical group and was appointed chief of urology.  In 1978, he was appointed as medical legal chief.  By 1981 he accepted the position of assistant physician in chief, and later, risk manager, heading up the Credentials and Privileges Committee.  Here, Alpert started a precursor of what would become a facility ethics committee.

He lead the first regional urology study in the early 1980’s, showing the power of a large patient population by studying important clinical questions.  In 1985, he also created the prototype for Kaiser Permanente’s current Member Physician Satisfaction Program. To this, he proudly comments, “San Rafael has led that performance, perhaps because we had a several year head start on the rest of the region”

He has since stepped down as chief of urology and as assistant physician in chief, allowing him to continue part-time in urology, do his medical legal responsibilities, and research.  Alpert also plans to maintain his association with UCSF as clinical faculty with the Department of Urology, working with the UC residents at urology teaching rounds and at the San Francisco VA Hospital.