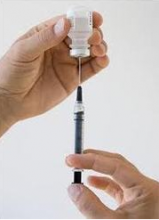 prostate surgery or radiation therapy, delaying androgen deprivation therapy (ADT, also known as hormone therapy) until the onset of symptoms or appearance of cancer on a scan does not substantially compromise long-term survival. The findings – relevant to roughly 60,000 U.S. men – suggest that it may be safe to postpone ADT, reducing and/or delaying  treatment-related side effects and costs.

“Rising PSA levels trigger a lot of anxiety and many men want to start treatment as soon as possible,” said lead study author Xabier Garcia-Albeniz, MD, a research associate at Harvard University School of Public Health in Boston, MA. “These findings suggest that there may be no need to rush to ADT. If our results are confirmed in randomized trials, patients could feel more comfortable waiting until they develop symptoms or signs of cancer that are seen on a scan, before initiating ADT.”

The current study provides novel data on patients with so-called “PSA relapse,” where PSA levels are increased but patients have no symptoms, and there is no evidence of tumor on a CT or bone scan.  There are no standard guidelines for timing of ADT initiation in such patients.

The study analyzed national prospective registry data (CaPSURE:  Cancer of the Prostate Strategic Urologic Research Endeavor, based at the University of CA San Francisco) on over 14,000 patients, 2,012 of whom had a PSA relapse after radical prostatectomy or radiation therapy with curative intention. Patients were assigned to the “immediate” strategy if they received ADT within three months of PSA relapse.  They were assigned to the “deferred” strategy if they started ADT at least two years after the PSA relapse, or when they presented with metastasis, symptoms, or a short PSA doubling time.

In the current observational study, the median time from primary treatment to PSA relapse was 27 months. After a relapse, patients were followed for a median period of 41 months. The estimated five-year overall survival was similar between the two ADT timing strategies: 87.2 percent for deferred ADT vs. 85.1 percent for immediate ADT, suggesting that there was little or no survival benefit of immediate ADT initiation compared with deferred initiation.  As an observational study, the authors cannot exclude the possibility that some unmeasured characteristics affecting survival (e.g. healthy behavior, diet, blood pressure) were different among compared groups and, despite the best possible statistical adjustment, the true difference between the compared strategies might differ from the one reported. Therefore randomized studies are needed to confirm this result.

In practice, deferred initiation could help delay ADT by two or more years for some men, according to the authors, offering men substantially better quality of life by avoiding common and often debilitating side effects ─ sexual dysfunction, osteoporosis and risk of bone fracture, hot flashes, decreased mental sharpness, fatigue, loss of muscle mass, increased cholesterol, weight gain, depression. Some of those side effects may become more severe the longer a patient is on ADT.

This research was supported in part by the National Institutes of Health (P01-CA134294), ASISA, SEOM (Sociedad Española de Oncología Médica)  and an independent educational grant from Abbott.