The American Association of Genitourinary Surgeons awarded its 2014 Barringer Medal 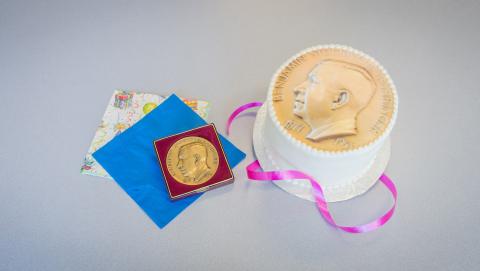 to Peter R. Carroll, MD, MPH, chair of the UCSF Department of Urology, during the April annual meeting.  This award recognizes a younger member who is achieving “distinguished accomplishments” and meant to encourage and stimulate their continued work.

“Peter’s tireless effort in promoting active surveillance as a viable and safe option of treatment for men with low risk prostate cancer is commendable,” Stoller said.

Created in 1954, the award honors Benjamin S. Barringer, the first chief of urology at Memorial Hospital in New York City. Barringer was an early innovator of brachytherapy in 1915 where he placed radium needles for treatment of prostate cancer. UCSF urologist Frank Hinman, Jr., MD, is the first and only other UCSF faculty member to have won the Barringer Medal, when he was honored in 1984.

Carroll is currently co-investigator or principal investigator on numerous research studies including a grant of almost $10 million from the Department of Defense called the "Transformative Impact Award." Carroll’s past awards include the 2010 Eugene Fuller Triennial Prostate Award from the American Urological Association (AUA), and the SUO Medal from the Society of Urologic Oncology (SUO). He is also the Ken and Donna Derr Chevron Distinguished Professor in the Department of Urology; and associate dean and director of clinical services and strategic planning in the UCSF Helen Diller Family Comprehensive Cancer Center.