Post-traumatic stress disorder (PTSD) is categorized as a mental health problem, but it can also produce a range of physical symptoms. UCSF urologist Benjamin Breyer, MD, and his research team have found that in Iraq and Afghanistan war veterans, these physical effects can include sexual dysfunction and, to a lesser extent, urinary tract symptoms.

“Sexual and urinary problems remain stigmatized issues in our society, so they haven’t been well studied, “ said Breyer.   “Addressing these issues can significantly improve a patient’s quality of life.” 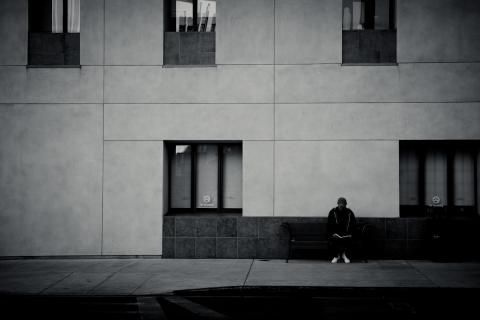 Prior investigations by other researchers had found an association with trauma-related mental illness, including PTSD, and sexual difficulties, but Breyer’s is the largest study of this kind to date.  Breyer and his research team, which included PTSD experts Karen Seal, MD, Raymond Rosen, PhD, and Thomas Neylan, MD, conducted a retrospective record review of 406,275 male Iraq and Afghanistan veterans who received health care through the Department of Veterans Affairs from 2001 to 2009.  Over half of the vets from these deployments who have enrolled for VA healthcare have received mental health diagnoses, with PTSD being the most common.

“When we looked at the data and factored out other conditions that could contribute to sexual difficulties, such as medical and substance abuse problems, we found that PTSD resulted in a three-fold increase in a veteran’s risk for sexual problems,” said Breyer.

Breyer’s team also performed a similar, retrospective VA-based study of 519,000 Iraq/Afghanistan veterans that looked at the association between lower urinary tract symptoms (LUTS) and mental health disorders and medication use. LUTS includes problems such as frequent or painful urination, all of which can significantly impair a person’s quality of life.

Although not as prevalent in the veterans as sexual problems, LUTS occurred in about 2 percent of the male and female vets in this sample, and vets with a mental health diagnosis and/or a prescription for opioids were more likely to have LUTS. The association was somewhat stronger for PTSD than other mental health diagnoses.

“If providers are aware of this association, they may be better able to detect and treat LUTS, which can have a positive effect on a patient’s quality of life,” said Breyer.

The VA study builds on previous medical literature reviews conducted by Breyer and his colleagues that found a relationship between LUTS and depression in a broad population of men, and on Breyer’s analysis of depression, suicidal thoughts and LUTS in men who completed the CDC’s National Health and Nutrition Examination Survey.

To better understand the findings from the VA studies, Breyer will be analyzing a prospective PTSD registry to look at patient-reported outcomes and not just medical records.

As the connection between sexual and urinary dysfunction and mental illness is explored, more training and collaboration may be vital between urologists, psychiatrists, and primary care physicians, according to Breyer.

“Will patients with severe urinary or sexual dysfunction benefit from mental illness screening? That’s an important question we hope to answer in the future,” said Breyer.