UCSF Department of Urology is ranked #1 in NIH funding

Recently released rankings of National Institutes of Health (NIH) biomedical research funding show that UCSF holds the number one position in funding for urology.  According to the Blue Ridge Institute for Medical Research, which analyzes these statistics, UCSF Department of Urology investigators received a total of $5.2 million in NIH research funding in 2014, more than any other institution for research in this discipline.

This is the first time the UCSF Department of Urology has held the number one position. Department Chair Peter Carroll, MD, MPH, calls the ranking, “the culmination of many years of strategic investments and the tireless work of department faculty and staff.”

Overall, the UCSF School of Medicine topped the list of NIH funding for medical schools for the third year in a row, receiving $480.6 million for fiscal year 2014 in support of research, graduate-student training and fellowships for postdoctoral scholars. The UCSF Schools of Pharmacy, Dentistry and Nursing also ranked first in their fields in NIH grants for 2014. UCSF as a whole received the most of any public recipient ($546.6 million) and second most overall in funds from the NIH, according to the annual NIH figures.

"I am very proud of the team of clinical researchers and basic scientists who contributed to this achievement,” said Carroll. “This ranking reflects our commitment to building  a strong foundation of research that will lead to improved treatments for patients everywhere.” 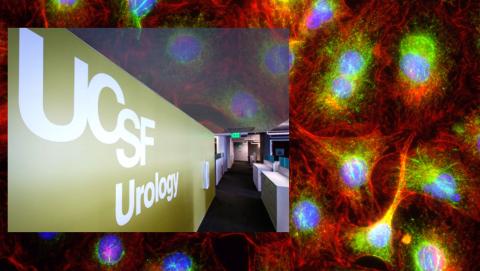