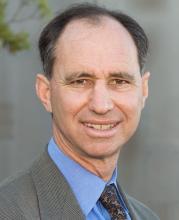 Pediatric Urology Chief Laurence S. Baskin, MD, was among five physicians recently elected to active membership in the American Association of Genitourinary Surgeons (AAGUS). Dating back to 1887, the AAGUS is an association of leading academic urologists from the United States, Canada and around the world, dedicated to the study of diseases of the genitourinary system. Active membership is restricted at any one time to 75 physicians.

Baskin is primary author on over 200 peer-reviewed articles, and has edited highly respected journals and texts. He is principal investigator on basic urologic research concerning congenital urologic anomalies, clinical and mentoring grants funded by the National Institutes of Health.

His many awards include the John Duckett Medal from the European Society of Pediatric Urology, 2007, and the 2012 AUA Foundation John W. Duckett, MD Pediatric Urology Research Excellence Award.