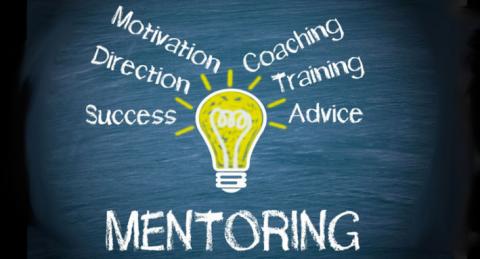 he was overwhelmed by the urologist’s presence and generosity. Isaacson, a medical student, was looking for a mentor under whom he could do urological research between his third and fourth years. Dr. Baskin has been the Chief of Pediatric Urology at UCSF for two decades and has also served in leadership roles in urologic societies and research programs across the country. When Isaacson heard of the Baskin Lab, which was founded in the early 1990s and famed for its commitment to inspiring and empowering mentees, the young medical student sent this pillar of the urologic community an email asking if they could meet.

“Dr. Baskin blew me away,” Isaacson says of that first meeting.  “He spent almost an hour with me learning who I was and what I was interested in.  He took the time to tell me all the amazing work he and Dr. Cunha were doing in the labs and exactly where I would fit it.  It was really striking for someone of Dr. Baskin’s stature to spend that kind of time with me.”

At that same meeting Dr. Baskin told Isaacson, “If this year isn’t productive for you, it won’t change my career much, but it will be very important for yours. I make a point of closely checking in with my students to make sure they’re making progress towards accomplishing their goals.”

Indeed, Isaacson’s year ended up being so productive he nominated Baskin for a 2016-17 Pathways to Commitment Mentor Award.

“Dylan is the ‘dream student’ that is a pleasure to mentor,” explained Dr. Baskin.  “He is inquisitive, hardworking, full of questions and new ideas. Looking forward to watching Dylan’s future promising career trajectory.”

“Hundreds and Hundreds of Emails”

During his year in the Baskin Lab, Isaacson writes, he received non-ending support and encouragement from his mentor, and, often, a push toward publication. “At all times during my year, I’ve been able to formally present my progress on my projects to Dr. Baskin weekly,” Isaacson wrote in his nomination letter, “and we have exchanged hundreds and hundreds of e-mails throughout the rest of the weeks for him to give me individual points of guidance that have saved me time and effort on my experiments.”

As Isaacson worked on his research project – which involved growing external genetalia in-vitro – he was spared nothing in his support, including “his time, funds, (and) access to specimens,” Isaacson writes. This led to “an incredibly fun and enriching year,” during which Dr. Baskin generously brought his mentee under his wing in both the clinic and the operating room. This in turn resulted in Isaacson submitting several articles for publication and receiving a number of letters of recommendation for fellowships and awards.

“I’ve been extraordinarily lucky in finding a mentor like Dr. Baskin,” Isaacson writes. “Dr. Baskin has a true commitment to his research charges and I believe that the trajectory of my career has been changed for the better because of this opportunity to work with him. I cannot imagine a mentor more richly deserving of a mentorship award.”

“For those involved in the fields of urology and pediatric urology, Dr. Baskin is a giant,” Isaacson notes. “I state [that] both to show how impressive Dr. Baskin is within his field but also to give context for how extraordinary it has been for a physician-scientist of his statue to mentor me as closely as he has throughout my year of research.”