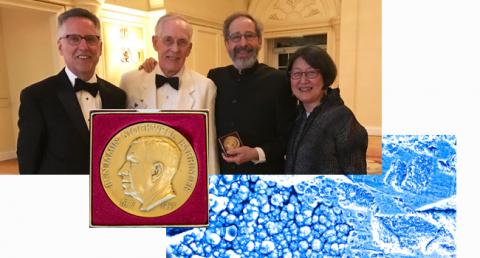 its 2017 Barringer Medal to Marshall L. Stoller, MD, Professor and Vice Chair of the UCSF Department of Urology, during the April annual meeting.  This award recognizes a younger member who is achieving “distinguished accomplishments” and meant to encourage and stimulate their continued work.

“Marshall’s dedication to his specialty was celebrated by this award, given to very few people.  The society honored him for his achievements in the science of urinary stone disease; his compassionate care of patients; and his commitment to mentorship and education. He has shaped the future of stone management,” said Dr. Carroll.

Created in 1954, the award honors Benjamin S. Barringer, the first chief of urology at Memorial Hospital in New York City. Barringer was an early innovator of brachytherapy in 1915 where he placed radium needles for treatment of prostate cancer.