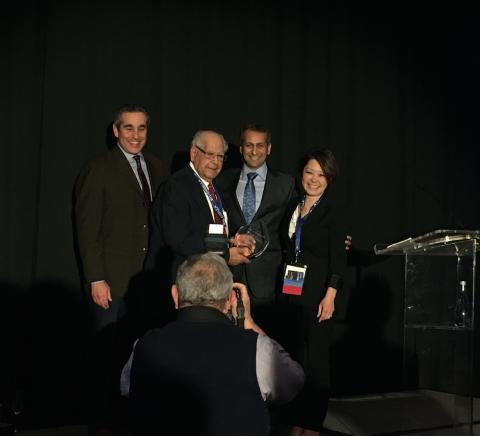 recently celebrated their 50th anniversary with tributes presented at their 2019 winter meeting.

SUFU recognized UCSF Urology’s Emil Tanagho, MD for his role as an attendee at the very first gathering of the Society.

The year was 1969.  SUFU—then known as the Urodynamic Society—held its first assembly during an American Urologic Association meeting in San Francisco.  Dr. Tanagho well-known for his pioneering work in the field of neurostimulation--was, and is, an honorary member.