In urology programs across the country, a dedicated 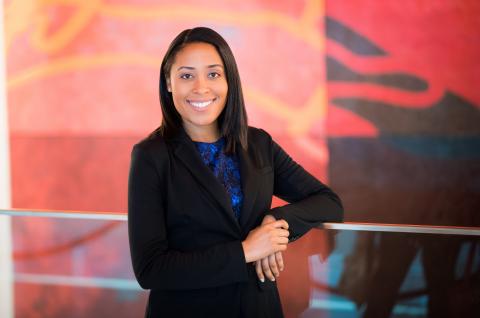 research year is becoming an increasing rarity, with just a handful of schools finding them worth the expense and ambivalence among some potential residents about the added time requirement. Within UCSF’s Department of Urology, however, the research year, funded by the department itself, has been considered a valuable opportunity for faculty and residents alike since the beginning.

“I think it is a draw” for prospective residents, says Dr. Kirsten Greene, Associate Chair for Education, Program Director, and Frank Hinman, Jr, MD Endowed Professor in Urologic Education. “It appeals to students who want an academic career or who want to reflect more deeply on their goals for their future in the field.” Additionally, it bolsters their grant writing skills to make them attractive candidates for prospective positions, she says, and provides an “enormous benefit” to faculty when residents seek their collaboration on research projects.

Along with Natalia Leva and Kelly Walker, Christi Butler is one of the program’s current research residents. Having worked with homeless men during a year with AmeriCorps in Washington, DC, before enrolling at Brown University’s Warren Alpert Medical School, she already had a strong understanding of the way “a person’s social and cultural aspect has a huge impact on their health,” she says.

Uncertain what her research focus would be when she began at UCSF, Butler says she spent time during her fourth year “reflecting on what drew me to urology and medicine in general.” She decided she wanted to return to working with vulnerable populations and chose a multi-pronged approach for her fifth year. Through UCLA Extension, she’s participating in an online program that allows her to dive into medical law, finance, and ethics and to interface with social workers and nursing aids in order to broaden “my perception of healthcare.” In addition, she attends a series of monthly lectures, via the Zuckerberg San Francisco General Hospital’s (ZSFG) STEP-UP program for underserved populations, on patient advocacy, diversity, and cultural sensitivity. This will all result in a patient advocacy certificate, and information she’ll eventually marry into a project targeted towards a need of an underserved population, which she’s doing via UCSF’s Urology Department.

One of her projects is improving patient satisfaction at the ZSFG Urology clinic, where many of San Francisco’s low-income patients are seen. The focus is quality improvement. For a second project, at ZSFG and UCSF, she’s collecting data from patients undergoing outpatient surgery, with an eye toward opioid reduction within urology outpatient procedures.

To maximize the impact of the research year on their future careers, residents now must present their plans to the residency advisory panel during their fourth year, “To make sure everyone’s on the same page and starting the research year off on the best foot.”

For Butler, the year has so far proven invaluable, especially in understanding the broader context in which she is providing clinical care. The experience is “bringing everything home for me,” she says. “I love that I am learning about social determinants of health in a way that will impact the way I think about caring for my patients for the rest of my career.”