Transition in the Time of Pandemic

Over the last two years, the Lifetime Congenital Urology Clinic has expanded the number of patients it has seen and is now open a full day per month instead of half a day. Due to the pandemic, however, most visits are virtual now, which actually has benefits for many patients, Dr. Hampson says, especially those who have limited mobility, live great distances away, or need help with transportation.

“I have always offered the opportunity to do virtual appointments,” Dr. Hampson says, “but only a few people took me up on it. But since April when COVID hit, most of our appointments have been virtual. It has actually allowed us to spend more time with each patient and less trips to our clinic which for some patients can be quite a challenge.” The clinic’s staff help patients connect virtually.

Dr. Hampson also makes sure to check in with patients about how they’re doing in the pandemic. “I ask all of them about the effects of COVID-19. Some are missing the social contacts they have, like being able to go to work, go to school, see friends, or attend daycare programs. They’re stuck at home. But in some cases they’re doing better medically, because they’re at home where they can keep to a better catheterizing schedule and have the support of people at home.” 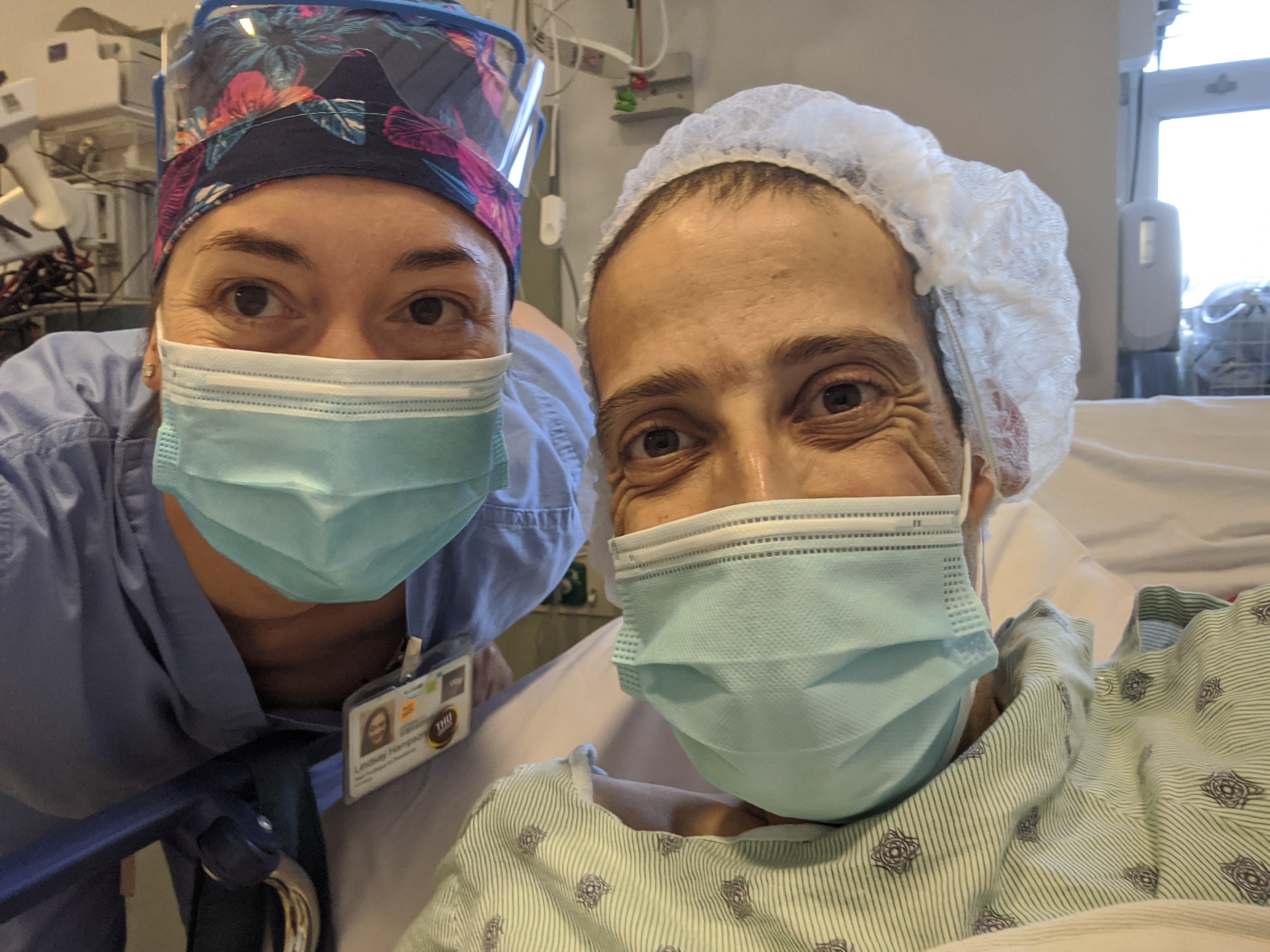 Mohamed Rashid first came to the UCSF ‘s Lifetime Congenital Urology Clinic two years ago. He was 26 years old and had for decades been under the care of pediatric specialists. But becoming an adult and finding a urology provider to transition to had been difficult. Diagnosed at birth with spina bifida – a condition in which the neural tube doesn’t close properly, which in turn causes spinal cord defects – he had issues related to his bladder and bowels. Indeed only a few months earlier he had traveled from his home in California’s Central Valley, where he lives with his mother, father, and sister, to his sister’s house in Florida. There he developed a severe bladder infection.

“When I met Mohamed, he had just had a very severe infection for which he was hospitalized, and I realized that we needed to take a broad look at him and understand how to help,” says Lindsay Hampson, MD, MAS, an adult urologist and co-founder of the clinic. Mohammed was having recurrent urinary tract infections, urinary leakage, and was having to catheterize all the time. “We got him in for evaluation and found that his bladder was in pretty bad shape and could probably benefit from major reconstructive surgery to enlarge it.”

The clinic aims to help young adults move from being pediatric patients to adult patients, including being able to order medications, navigate health insurance, get and keep jobs, and other skills required to live independently. A joint effort between UCSF Pediatric and Adult Urology, the clinic also provides a different level of urologic care than a pediatric or general urologist is generally able to provide. “In general we have deep experience with complex urologic conditions. We think about not only how to keep patients safe and thriving from a medical standpoint, but from a quality of life perspective too. We want to make sure that we help people do the things in life that make them happy,” Hampson says.

The urodynamic study of Mohamed’s bladder revealed that it was small, high pressure, and prone to reflux. These anatomical problems were contributing to his leaking, frequent catheterization, and bladder infections and had the potential to result in chronic incontinence and kidney damage. “Although Mohamed had done well for many years, the bladder can change over time in patients with spina bifida,” says Hillary Copp, MD, MS, who is an Associate Professor of Urology at UCSF, as well as the Pediatric Urology Fellowship Director, and a co-director of the Lifetime Congenital Urology Clinic. “It is critical for us to continue to see these patients as they age to detect any changes and intervene before the bladder is able to cause long term damage to the kidneys.”

A common remedy for a small bladder is augmentation cystoplasty, in which a surgeon enlarges the bladder bigger by using a piece of small intestine as a patch. This, in turn, increases the capacity of the bladder, thus reducing the pressure and need to catheterize as often. But when Dr. Hampson told Mohamed that augmentation cystoplasty could improve his bladder function, he resisted. “This is a big decision and a big surgery,” Dr. Hampson says. “And he was adamant. He said, ‘no surgery.’”

Mohamed says he liked Dr. Hampson right from the start. “She’s awesome,” he says. “She’s very compassionate, and she listens to the patient.” But his reluctance to undergo major reconstructive surgery was due to two things. “I had already had 28 surgeries,” he says. “And I didn’t entirely understand the benefits the surgery offered.”

Instead, Mohamed and Dr. Hampson talked about another, less invasive option that they could try to see if it worked - Botox injections in the bladder, which serve to relax the bladder muscle, reduce the pressure, and diminish the leakage.

Botox injections would not end up being a long-term fix for Mohammed, but they had another important benefit: they helped Mohamed develop a trusting relationship with his new urologist. “These are big surgeries that we’re talking about and it’s not unusual for a patient to want to take some time to make major decisions like this,” Hampson says. “So we work really hard to develop trust. We do a lot of counseling and shared decision making to help them reach a decision that is in line with their goals of care.”

After two years, the trust between Mohamed and Dr. Lindsay had deepened and the bladder Botox had become less effective. It was then that Mohamed was finally ready for the surgery. “I thought about it and I researched about it,” he says. “I saw how it would protect me in the long-term and how having a bigger bladder would mean I don’t have to catheterize as often. I could see how it would improve my quality of life.”

Mohamed had his surgery in early September. Looking back on it now, he says, he realizes that “it took me a while to realize that Dr. Hampson had the best interest in my health,” but now “I think if we have trust between the patient and the doctor, then the success of surgery will come with time.”

Adds Dr. Copp, “I am so proud of Mohamed’s journey. I have watched him mature into an exceptional, independent and courageous individual. It is a true pleasure and honor to be able to participate in his care. His thoughtful approach to surgery has ensured that he is mentally prepared to face any challenges that have come his way. He is a role model for us all!”